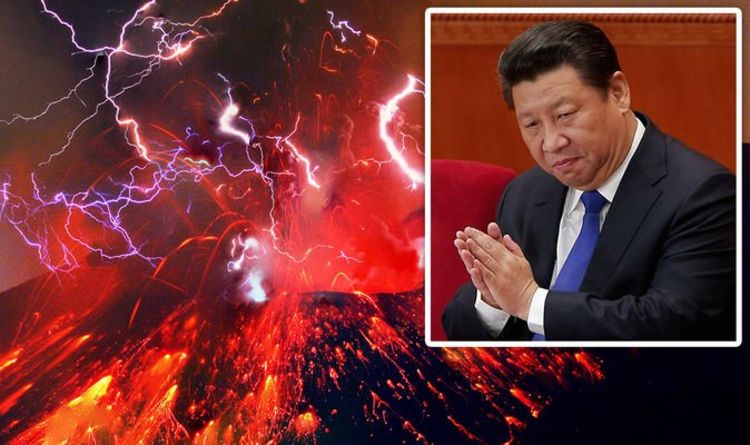 Researchers at China University of Science and Technology studied the Weishan volcano in the Wudalianchi volcano field in the northeast. This volcano last erupted 500,000 years ago, but there have been other, much more recent eruptions in the complex. The Wudalianchi volcanic field covers about 193 square miles and features 14 steep side ash cones surrounded by lava flows.

The last eruption on the site was in 1776, but an investigation led by Ji Gao – published in Geology magazine last month, says there may be activity in Weishan.

Earlier, scientists found a shallow magma chamber under the volcano.

In a recent study, the team found this shallow chamber in the upper part of the crust, as well as another deeper down, middle crust.

The researchers say the findings are consistent with models that suggest that magma in the middle crust can be used as a source to “charge the magma chamber in the upper part of the crust.”

The team states that based on their analysis, the melting rate of magma in the chambers under the volcano is about 15 percent.

Eruptions are expected to occur when that number reaches 40 percent, but researchers have warned that more monitoring must now be put in place.

They also fear that several earthquakes reported in the region since 2008 may show a movement of magma – a signal that there may be an eruption.

The study reads: “Given the significant melting fractions and active earthquakes and earthquakes surrounding magma reservoirs, Weishan Volcano is likely to be in active stages and recharge its magma.

“When the lower camera charges the upper, it should move a little.

“But so far, after decades of tracking on the site, we’ve chosen almost nothing. The whole area was very, very quiet. “

Overall, the study revealed that volcanoes in northeast China may be in an active phase.

This poses a serious risk to human life and the environment, and further monitoring is needed to predict the consequences.