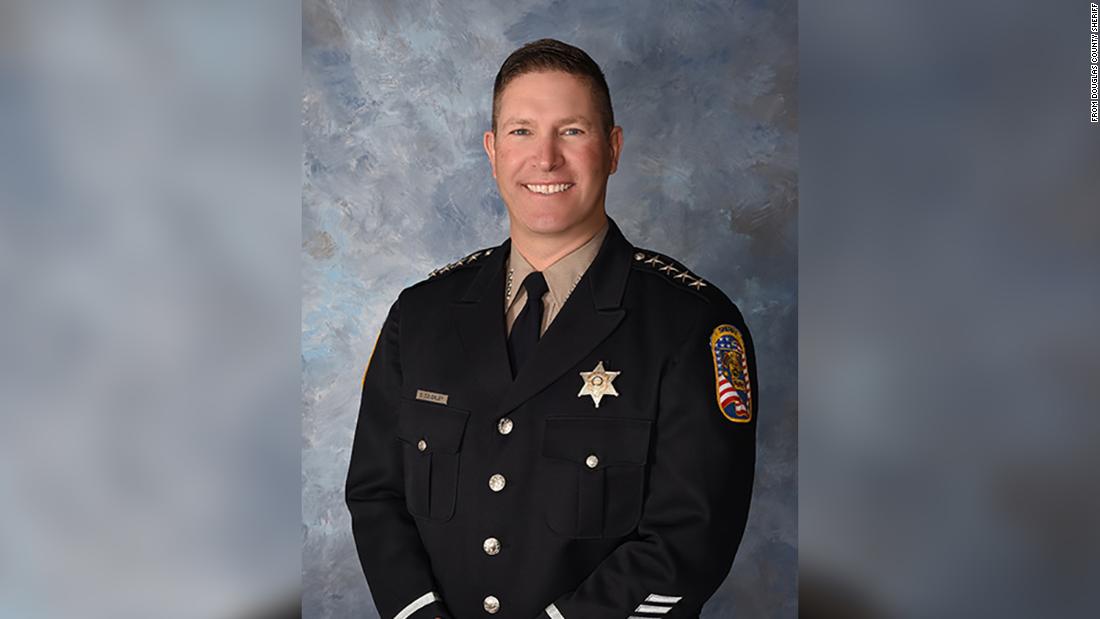 The news came this week from Douglas County Sheriff Dan Coverley, the day before the county’s public library system discussed the proposed diversity statement, which said they “support #BlackLivesMatter.”
“Because of your support for the Black Lives Matter and the apparent lack of support or trust in the Douglas County Sheriff’s Office, please do not feel the need to call the 911 Helpline,” the sheriff wrote in a public letter to the library on Monday. “I wish you success with disruption and misconduct, as these are just a few of the recent calls my office has helped me with in the past.”

The sheriff and director of the library system said they discussed the issue the next day and agreed it was a “deplorable circumstance of misunderstanding.”

The hearing on the statement was due to take place on Tuesday, but it has now been changed to an unspecified date.

The library’s proposed report on diversity states in part that it “condemns all acts of violence, racism and disregard for human rights. We support BlackLivesMatter. We firmly believe and believe that all forms of racism, hatred, inequality and injustice do not belong to our society.

She added that the system had signed the City Library Council’s declaration on race and social equality, signing 180 public libraries across the United States and Canada, committing to making their communities “more inclusive and equitable.”
Coverley’s letter to George Floyd, who died in Minneapolis police custody in May, called the death “tragic and preventive,” but then said that “the data simply do not support claims that law enforcement is systemically racist or structurally biased.” That speech, as well as the first four paragraphs of the letter, are mentioned verbally, orally, from a letter sent to Congress leaders from several state advocates-general and sheriff associations in June asking for help in countering “anti-police rhetoric.”
However, the data showed that black Americans are at higher risk of police homicide, despite being less likely to pose an objective threat to law enforcement, according to research by Northeastern University professor Matt Miller.
Other research from George Mason University and the University of Georgia in 2018. He found that there was a huge racial difference in terms of offenses “for most (but not all) types of crime.
On Tuesday, the day after Coverley’s public letter, he and Douglas County Library Director Amy Dodson issued a joint statement discussing the issue.

“We agreed that we both supported the people of Douglas County, and that could have been an inappropriate misunderstanding,” Dodson said. “The library respects and supports the work of the Douglas County Sheriff’s Office and values ​​everything they do to keep our community safe.”

“It has been a difficult time being a law enforcement professional and it can be frustrating when we realize that our agency could be under attack,” Coverley said in a statement. “My response is based on my belief that these issues need to be openly discussed in a way that values ​​diversity and law enforcement.”